Cult classics are films that have a cult-like following, and are often esoteric or disfavored in mainstream media. Cult films are characterized as much by viewer opinion as they are content.

Cult films have four parts that determine their classification. The first is anatomy, or the skeleton of the movie and it’s features, consisting of composition, 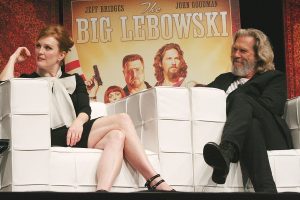 substance, tone, format and universal methods. The second is consumption, or how the audience receives it, their reactions, how fans celebrate it and the critical receptions. The third is political economy, or the physical and financial conditions of the film, such as its who owns it, it’s message or theme, how it is advertised and promoted, where it is presented, and the setting of its display. Finally, cultural status, or the way the film fits a time or area, such as how it comments on its surroundings by complying, exploiting, critiquing or offending.

These components do not necessarily need to exist together in sequence to qualify as a cult film, but they are each very significant in what makes a film cult.

In 1998 one of the most beloved cult classic films of our generation was released: The Big Lebowski. Huge Hollywood stars such as John Goodman, Jeff Bridges, Julianne Moore, 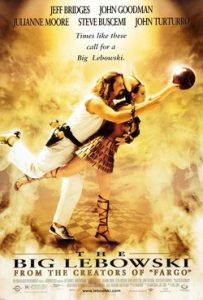 Steve Buscemi and Philip Seymour Hoffman bring to life this idiosyncratic yet endearing masterpiece. Directed by the Coen Brothers, it follows Jeff ‘the Dude’ Lebowski (played by Bridges) as he navigates a bizarre misunderstanding that lands him in a peculiar situation. Mistaken for a millionaire Jeff Lebowski, the Dude becomes entangled in an alleged kidnapping and ransom drop-off of the millionaire Lebowski’s wife, Bunny. The film follows the friendship between the Dude, Walter (Goodman) and Donny (Buscemi) as they try to disentangle the chaos in which they have found themselves.

When this film was released, it flopped at the box office. Film critics gave it mediocre reviews and criticized it for not comparing to t 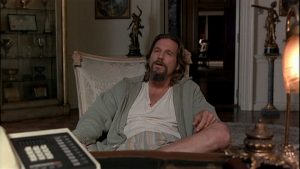 he Coen Brother’s previous successful release, Fargo. However, in 2010 it entered Ebert’s pantheon of ‘Great Movies’ when he awarded it a perfect 4 of 4. By 2014, The Big Lebowski became one of 650 ‘culturally, historically or aesthetically significant’ films preserved for future generations through the Library of Congress’ National Film Registry.

Why did people love The Big Lebowski so much? Perhaps for the gratuitous quotable lines from Walter, whose script was written specifically with John Goodman in mind and fits his lovable personality. Or maybe for the quirky and memorable secondary characters like the Jesus (played by John Turturro) or the Stranger (played by Sam Elliott.) Or possibly the comedic banter between friends and the relentless loyalty they had to each other, despite their differences. Whatever draws people to The Big Lebowski, it has become a cult classic and a monumental film of our era.